"The word 'translation' comes, etymologically, from the Latin for 'bearing across'. Having been borne across the world, we are translated men. It is normally supposed that something always gets lost in translation; I cling, obstinately to the notion that something can also be gained." -Salman Rushdie, Imaginary Homelands: Essays and Criticism 1981-1991

As we can see in the video above, hand gestures that mean something in the American culture can mean something entirely different as well as something offensive in other cultures around the world. Hand gestures do not translate well 100% of the time; similarly, words are often poorly translated cross-culturally. One area that suffers greatly from poor translation is cross-cultural advertising. Below are several examples of poor translation as written in an article by Mike Fromowitz. 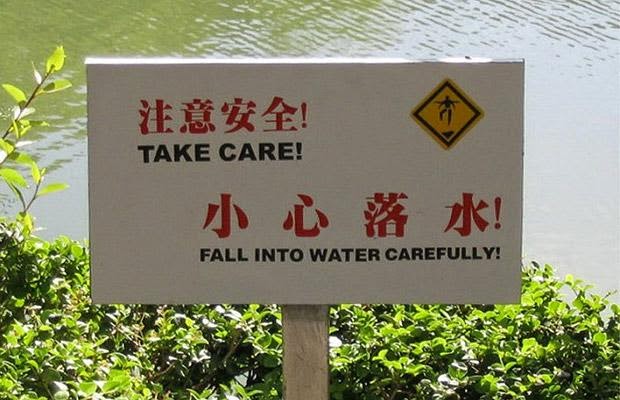 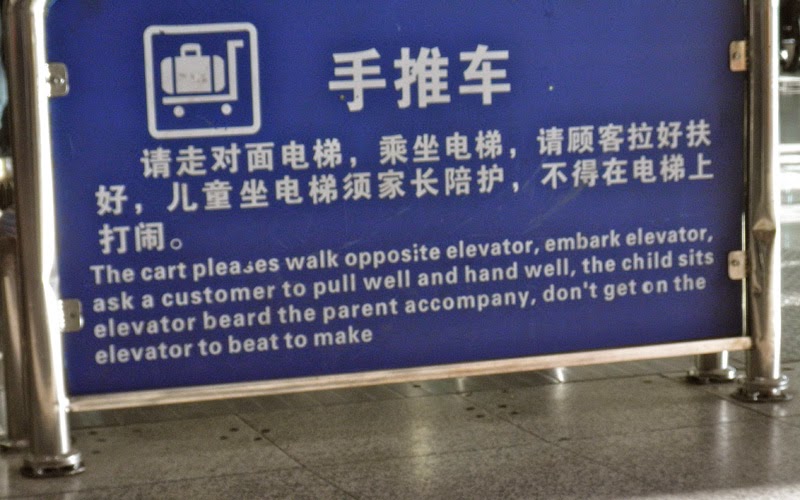 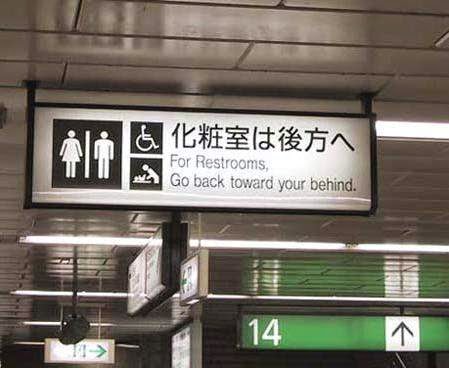 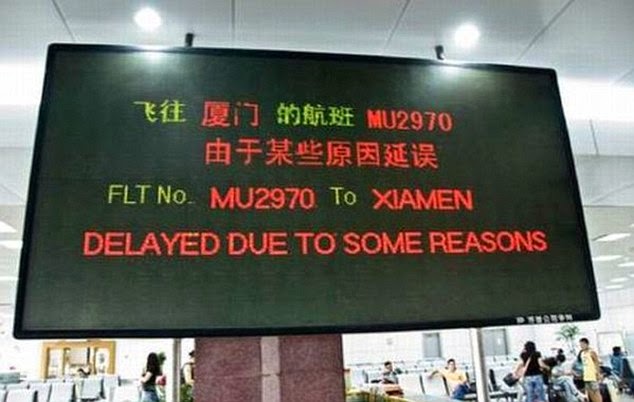 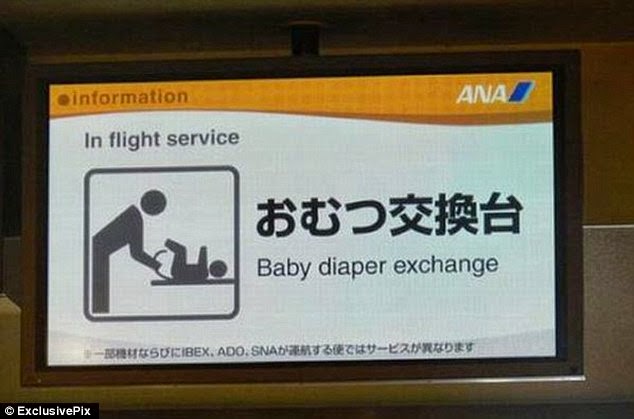 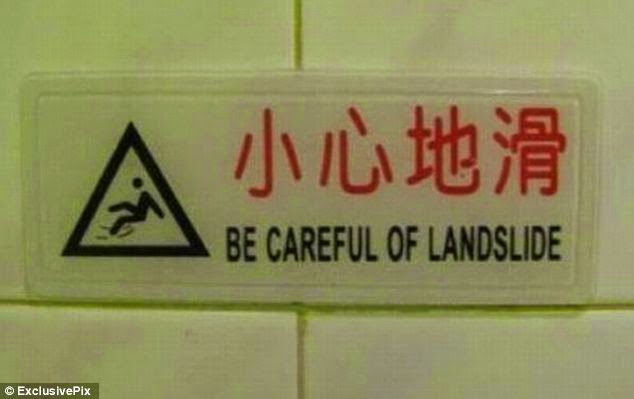 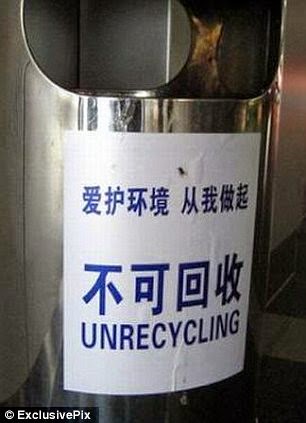 : logical and well-organized : easy to understand

: able to talk or express yourself in a clear way that can be easily understood

: working closely and well together

1   a : logically or aesthetically ordered or integrated : consistent

b : having clarity or intelligibility : understandable


One key characteristic that is lacking greatly in the examples shown above is coherence. The definition of coherence includes characteristics such as logic, organization, clarity, intelligibility, and understanding. In a scholarly article written by Cristina Valdes and Adrian Fuentes Luque the issue of coherence in translation is discussed. Valdes and Fuentes Luque point out that, "the intended meaning of the text is successfully delivered to viewers only if the elements that constitute the target text are cohesively and coherently intertwined."

"It goes without saying that when textual cohesion fails, the intended meaning (message) is miscommunicated." -Cristina Valdes and Adrian Fuentes Luque

: the complex interrelationship between a text and other texts taken as basic to the creation or interpretation of the text

A solution to avoiding poor advertisement translation is research. After reading through examples of mistake made by brands who did cross-cultural translations of their brands and slogans it seems that most of these mistake could have been easily avoided by researching the translations being used as well as cross-checking with a variety of sources.

Posted by MaverickMic at 11:38 AM No comments:


The second group of reading material for Intercultural Communications focuses on poor communication between different cultures based on the differences in language between cultures. One issue that is highlighted in the readings was stereotyping other cultures and making assumptions about others with different backgrounds from ones own.

"The term stereotype was coined by social scientist Walter Lippmann in 1921 when he wrote about why people so readily imagine how other people are, or why they behave as they do, even in the face of ready evidence to the contrary. In his landmark book Public Opinion he tells us that to stereotype is to ascribe to all members of a group or class those characteristics or behaviors observed in just one or a few members."

"It is human nature to think that all people are just like us. We often assume we are similar rather than different and expect that others will think the same way, perceive the same way, and behave the same way we do. While this is a natural assumption, this way of thinking is actually a form of ethnocentrism."

Both of the previous quotes from Intercultural Communication for Business by Elizabeth A. Tuleja express the importance of recognizing the stereotyping that happens in business settings. The second quote specifically talks about ethnocentrism. Below you will find the full definition of ethnocentric as it is defined by the Merriam-Webster dictionary. A straight-forward way to define it, however, would be to say that ethnocentrism is the natural way of thinking that one's own culture is the best.

Ethnocentrism is a natural instinct; however, it is also ingrained into the thoughts of most people through nationalism. Nationalism is defined as a belief, creed or political ideology that involves an individual identifying with, or becoming attached to, one's nation. People groups from around the world come forward every four years to show public displays of nationalism to cheer on their country at the Olympics. It's a commonly accepted concept, but we don't often think about the negative effects this concept can have on the communication between cultures.

: having or based on the idea that your own group or culture is better or more important than others


"We cannot talk about audience these days without including the significant problems involved in writing for non-native speakers of English."

"Most of the "principles of clear writing" were developed through research conducted with native speakers of American English. The influential work of Joseph Williams interpreted research results from the fields of psychology and reading for writers and teachers of workplace English. However, I have been able to find little evidence of the effects of these principles on readers whose native language is something other than English and whose English may be less than completely fluent."

The previous quotes, found in A Study of Plain English Vocabulary and International Audiences by Emily A. Thrush, point out the problem with many business settings and communication principles being tailored to work best for native, English-speaking people. Because of the variety of cultures found within a single country, it is not adequate to assume that language that works well for one group of people will work equally well for a different group of people.

"To begin to answer these questions about the universal clarity of Plain English, we need to study two areas: 1) Whether the principles advocated by proponents of Plain English make documents more readable for people whose native language is not English. 2) Whether the kinds of "simplification" that writers do for English speaking audiences are the appropriate ones for international audiences."

"Plain English is clear, straightforward expression, using only as many words as are necessary. It is language that avoids obscurity, inflated vocabulary and convoluted sentence construction. It is not baby talk, nor is it a simplified version of the English language." -Google Definitions


Posted by MaverickMic at 1:05 PM No comments: